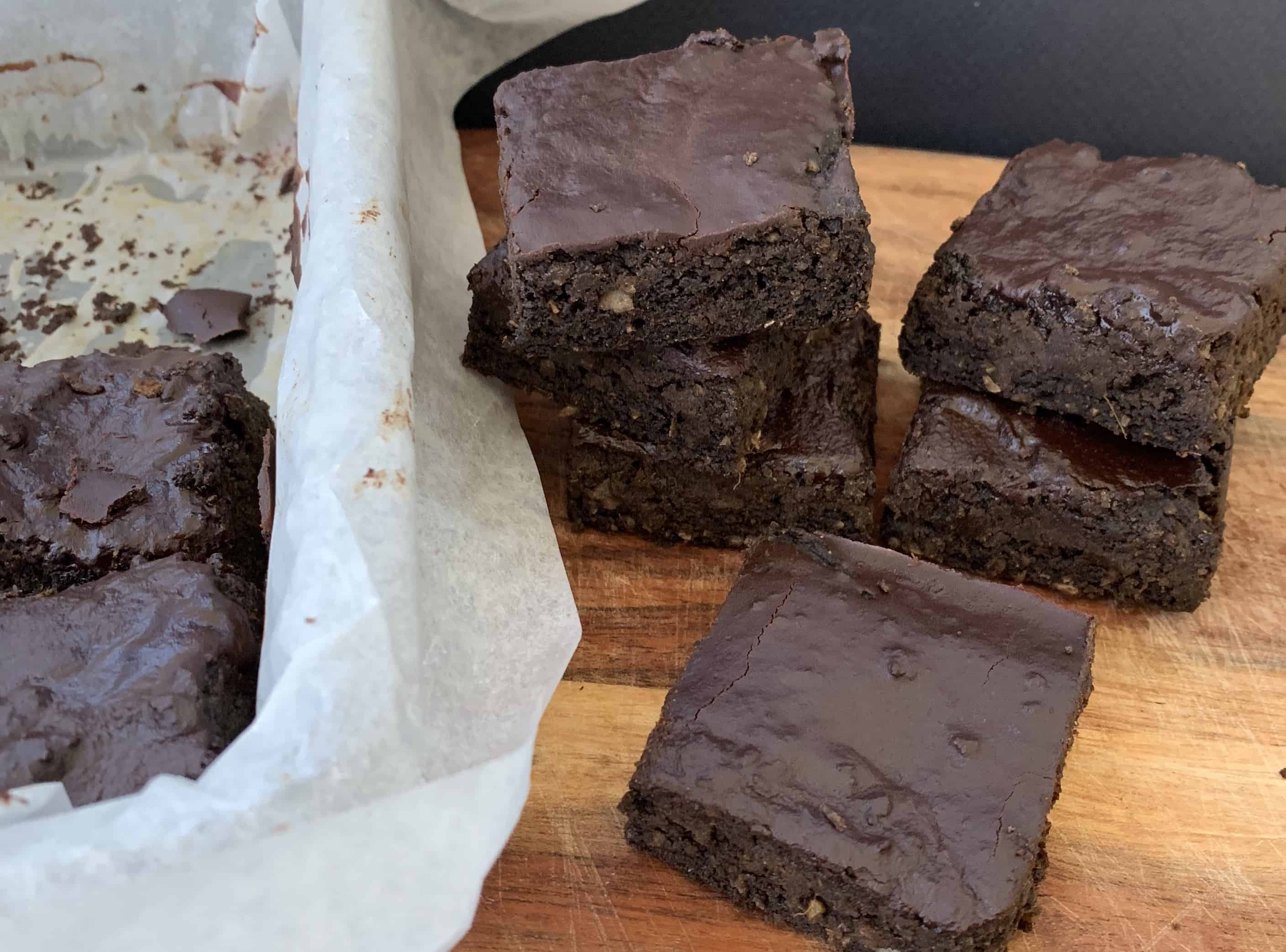 Brownies are a girl’s best friend! At least I used to think so when I was younger and pre-AIP 🙂  It is not funny how some foods that used to be your comfort for days when you were feeling a little low, get thrown outside the window when you embark on a healing diet.  And worse they got thrown by you yourself so that you could feel better overall.  Makes sense? Maybe not entirely but yeah it does make sense when you look at your overall strategy for healing and feeling and living a healthier life. 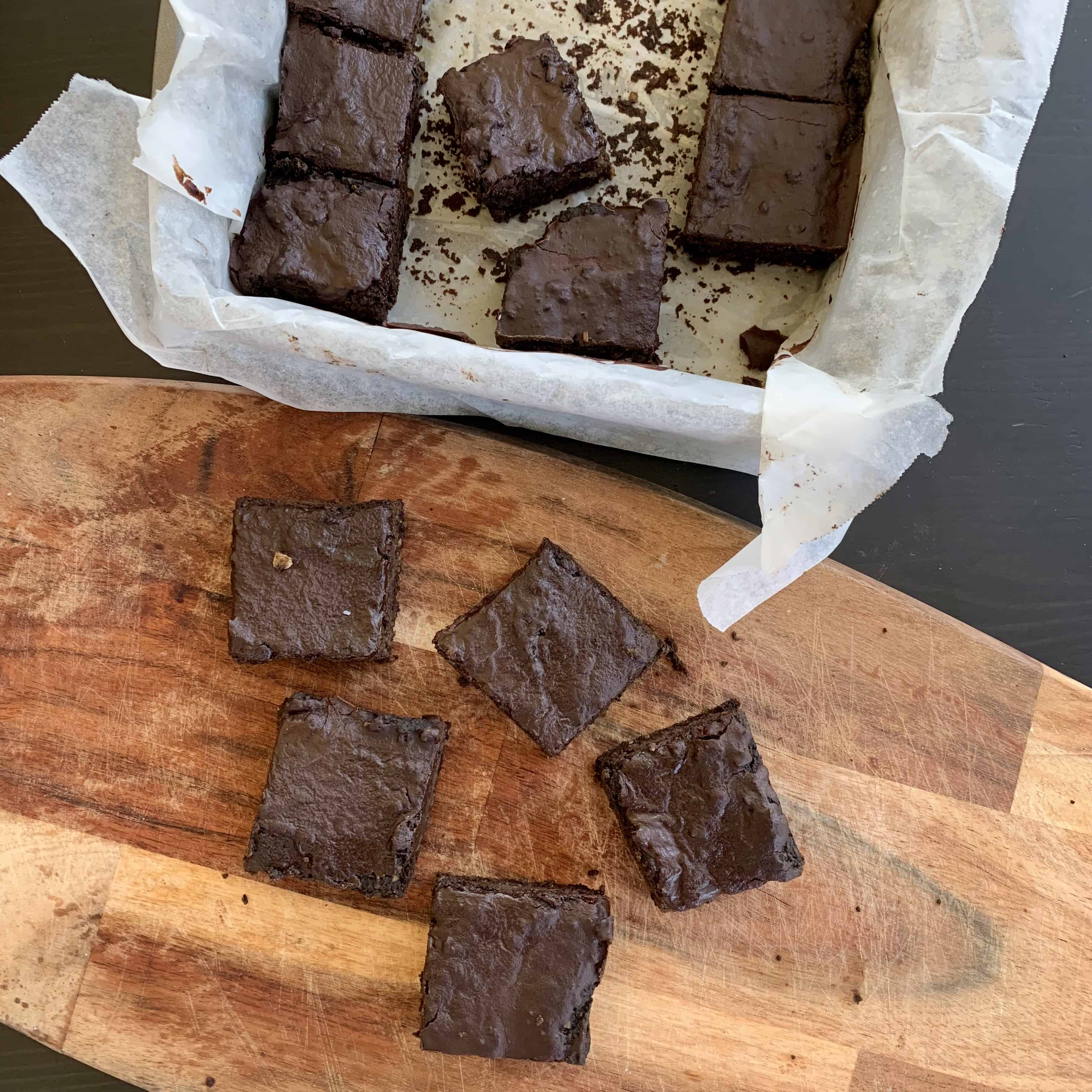 Anyways what I am trying to say is that I was missing my brownie moments. Yes I was missing the moments more than the brownies themselves!  Those moments were lazy Sunday afternoons when I would get a few minutes to sit out on the porch with my favorite Better Homes and Garden magazine and get some alone time. No kids to bother me and no errands to run! Just me, the afternoon breeze , my coffee and my little brownie piece. Homemade of course with lots of walnuts! 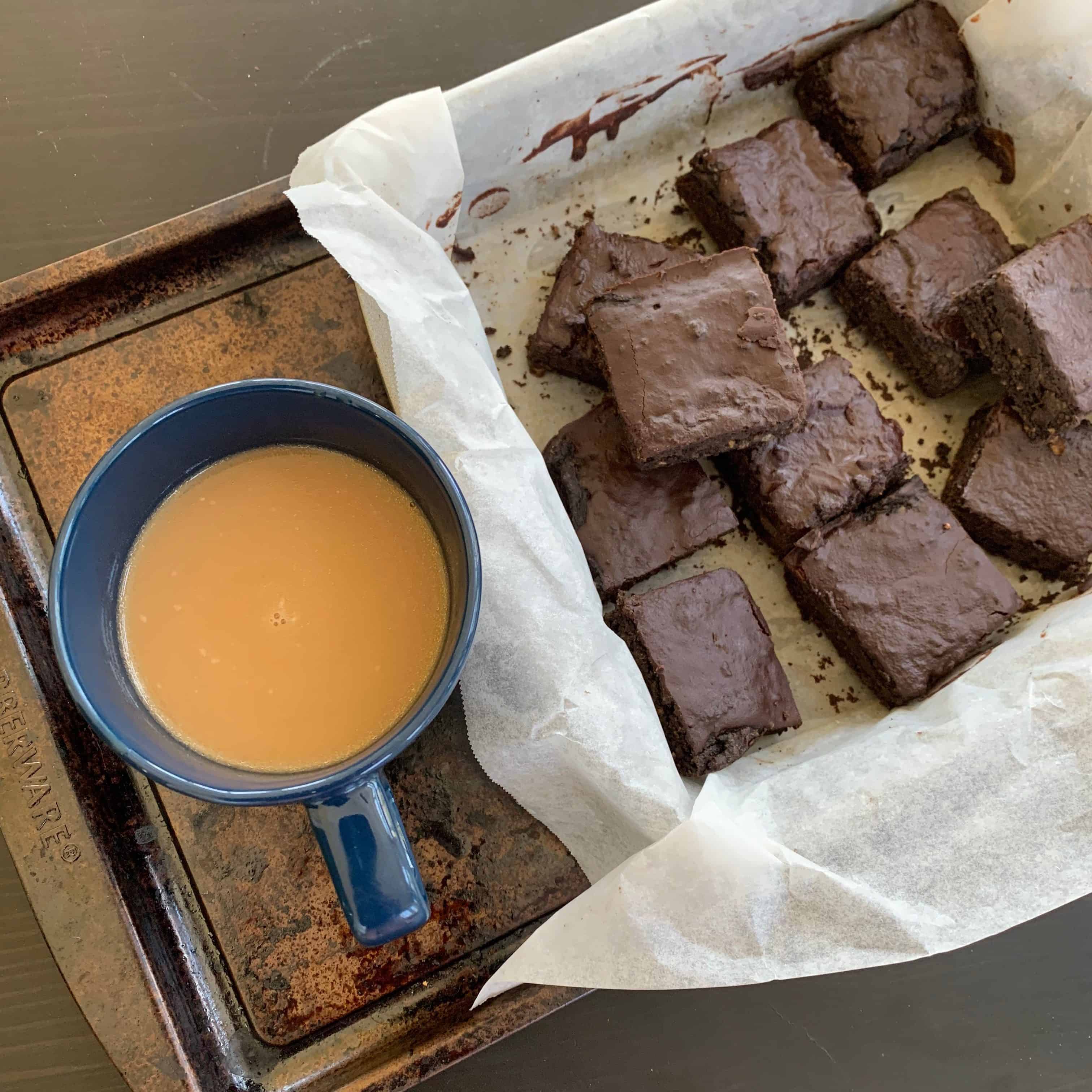 But of course I couldn’t have those brownies anymore (not one in the past three years!) because they were not AIP.  Last year I started making Paleo Brownies which my family enjoyed but I couldn’t since they had almonds and eggs in them both of which I cannot tolerate 🙁   It was actually not that sad (as I am now making it out to be!) because I honestly do not have much sweet cravings at all which is exactly how you should feel if you are doing a low carb / Paleo diet and if you are doing it RIGHT!.  But as I said in the beginning, I was missing the emotional aspect of eating a brownie and so I had to try to make an AIP brownie! Since desserts are not on top of my list, I waited this long! But I am quite pleased now to tell you that this recipe is just the brownie you are looking for! And I have to thank my youtube follower Emo Eless for pushing me to create an AIP Brownie recipe! thank you Emo and hope you like this! 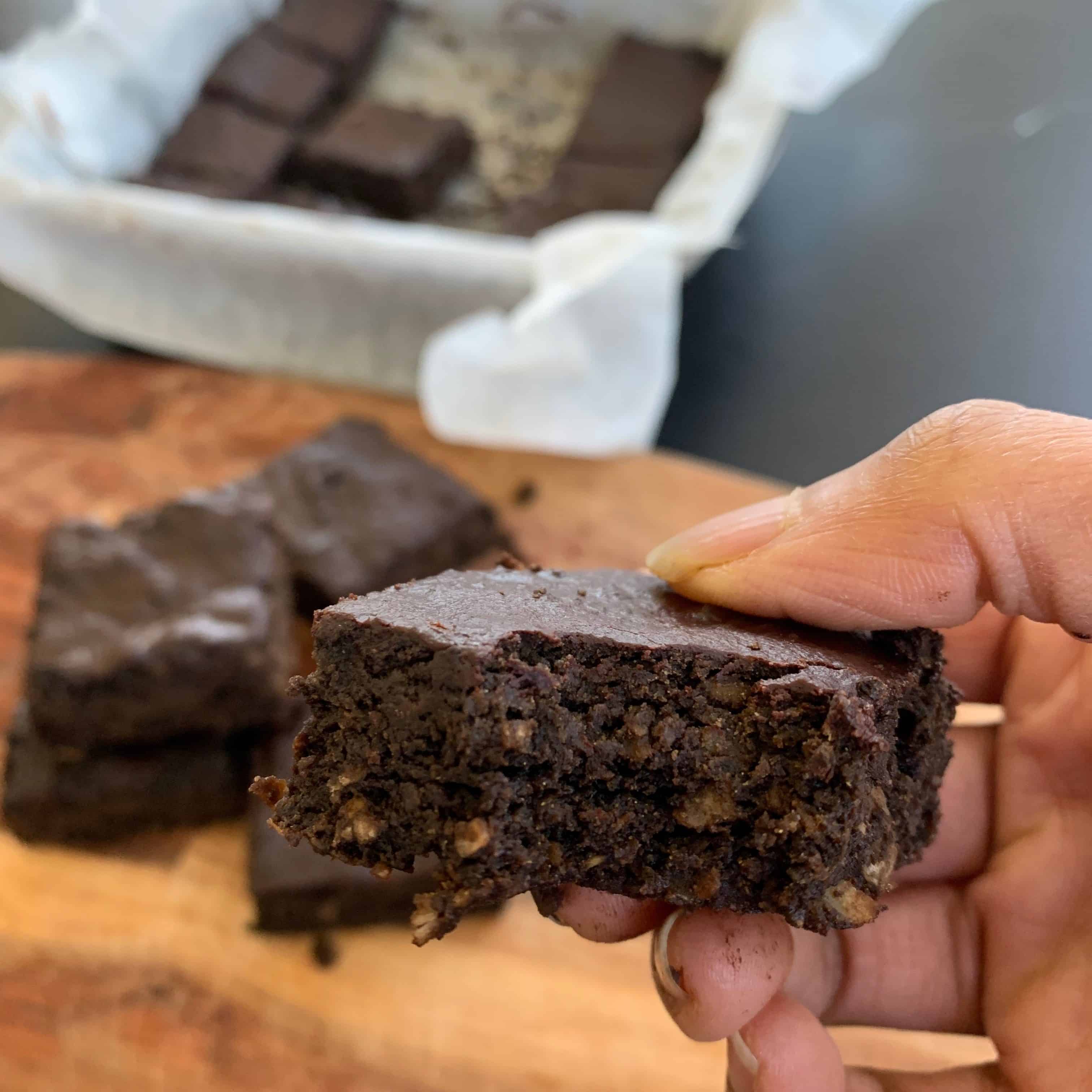 This recipe was inspired by the sweet potato brownie recipe from Chocolate Covered Katie. I did have to make some modifications though since her recipe had nut butter and I was trying to make a nut free version. But glad that this recipe came together great with just a couple trys! I also added a quick frosting recipe and I do feel that this frosting is also a very essential component of this recipe primarily because the base brownie is not very sweet. If you want to skip the frosting, I recommend you add more sweetener to the brownie recipe. As for substitutions? Since some folks cannot tolerate coconut, I suggest you replace shredded coconut with some kind of chopped nuts (walnuts, almonds or cashew nuts) that is if you can tolerate them.  And you can replace coconut oil with olive oil. Let me know if you try this recipe by commenting below!

Watch the video to see how I make this! 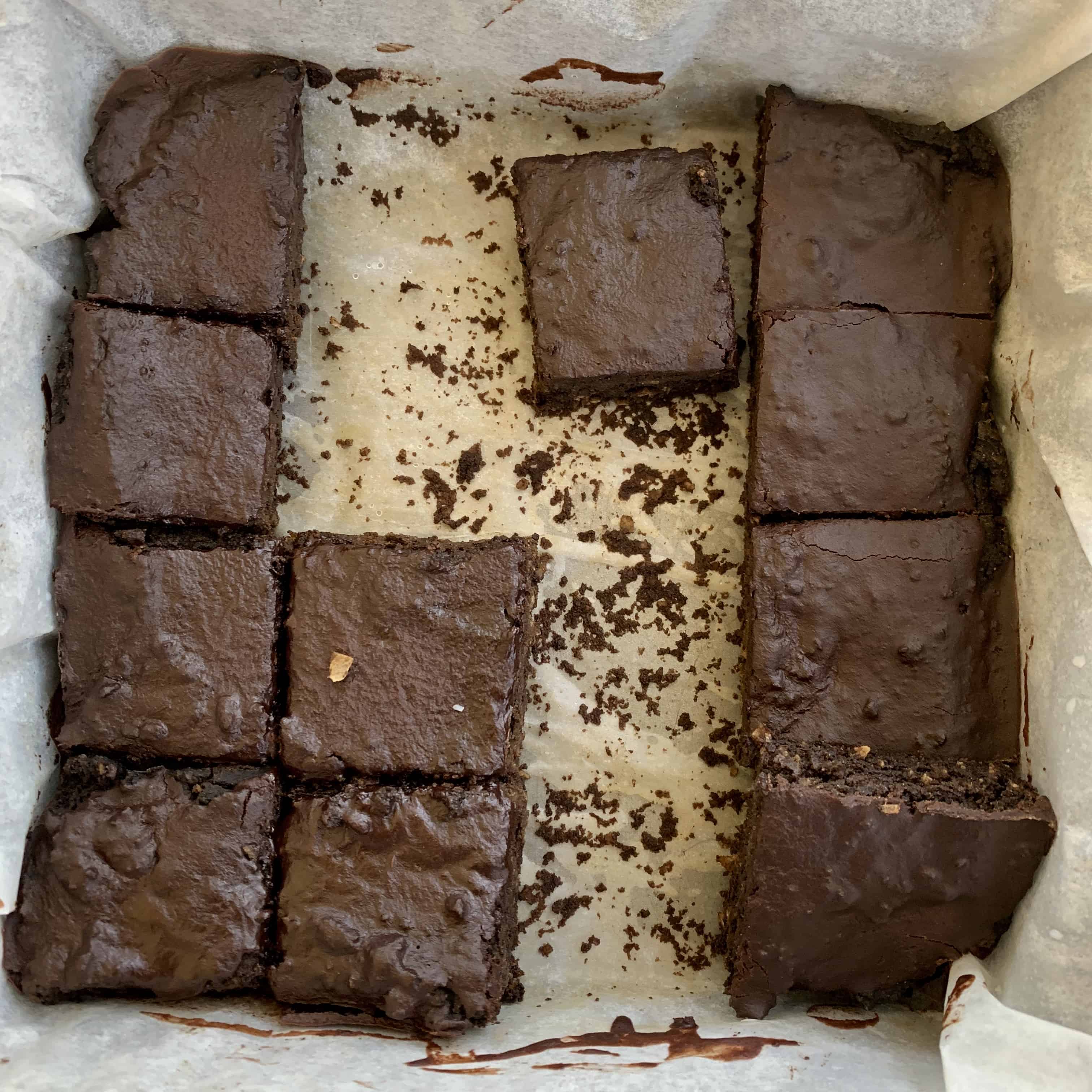 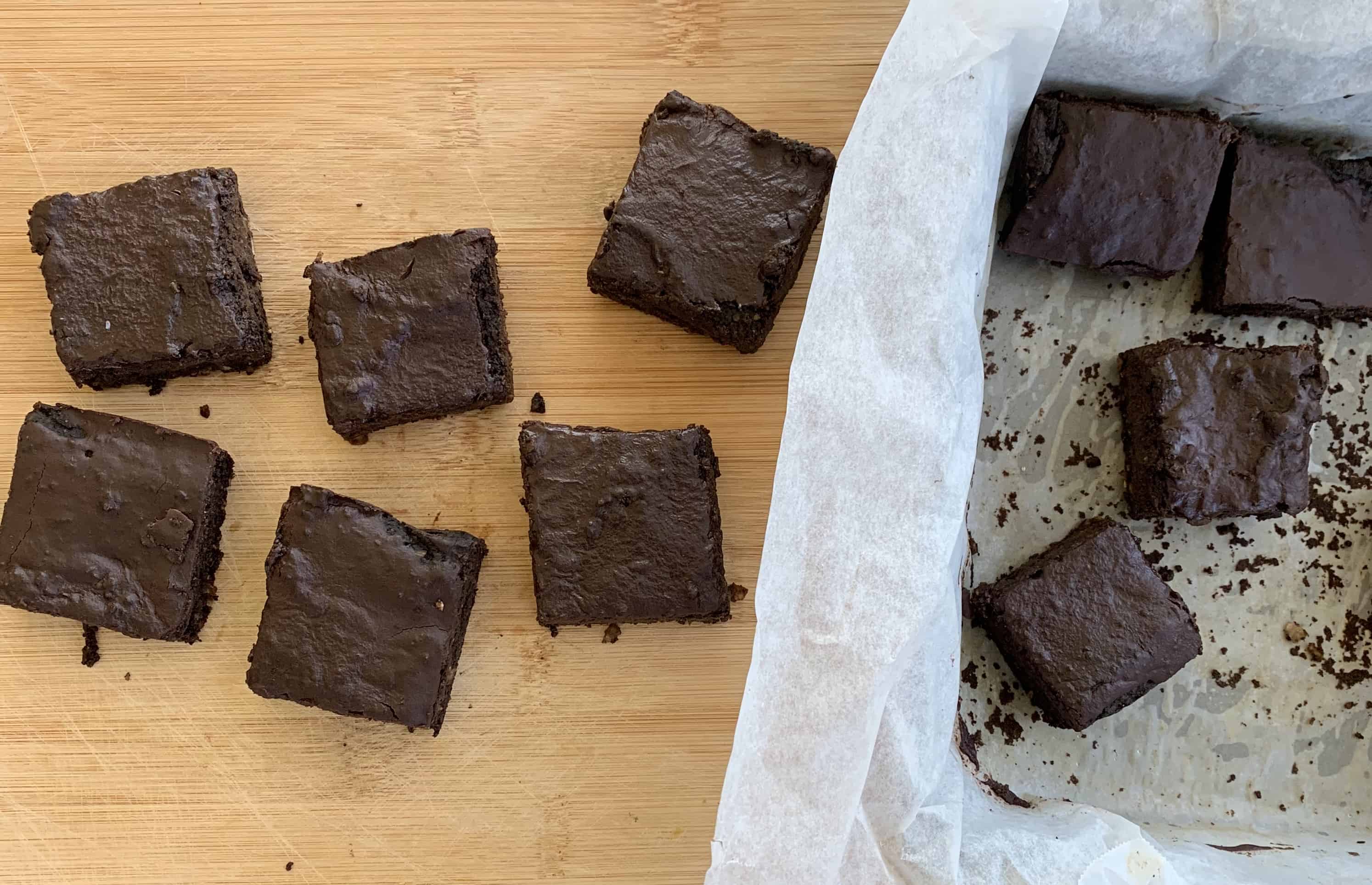 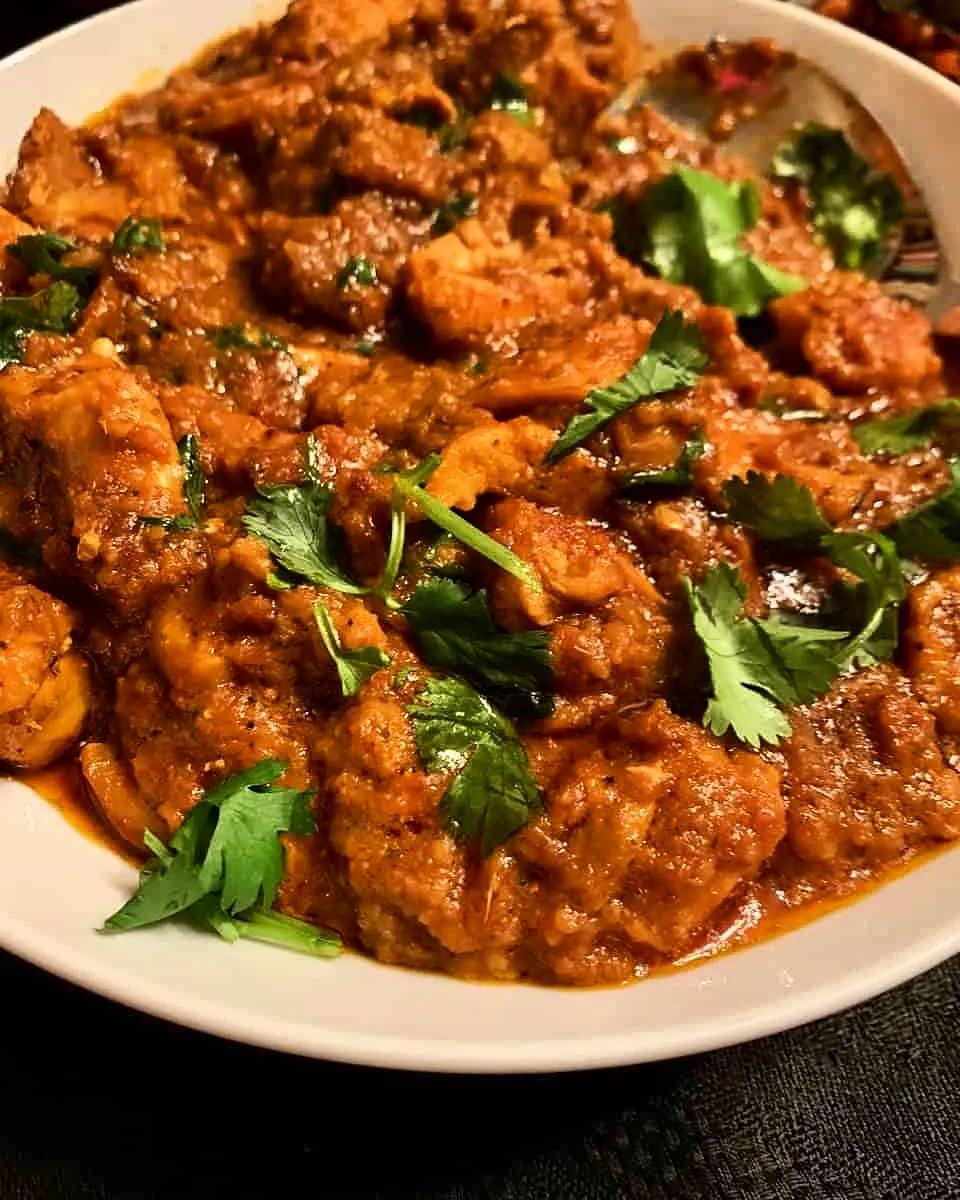 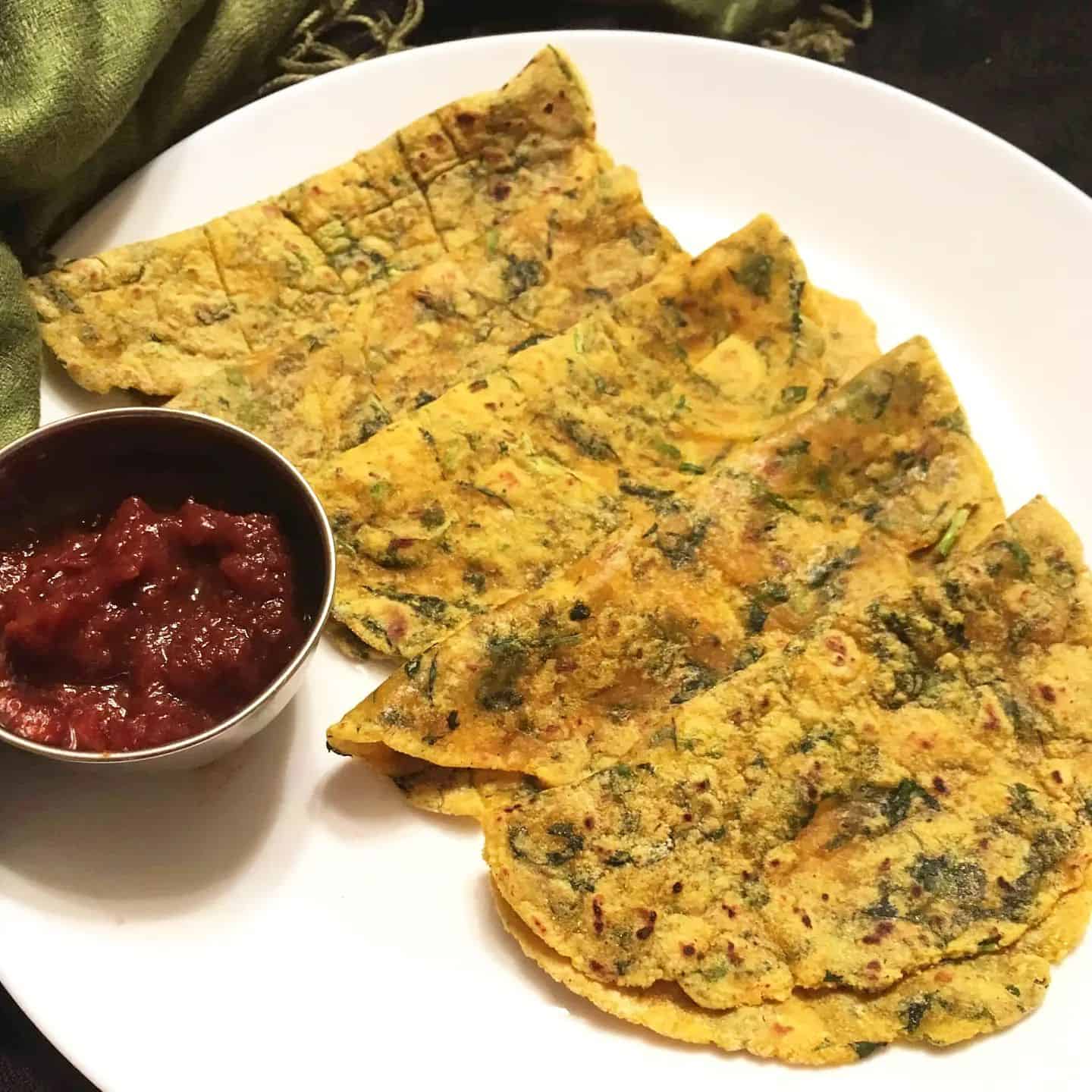 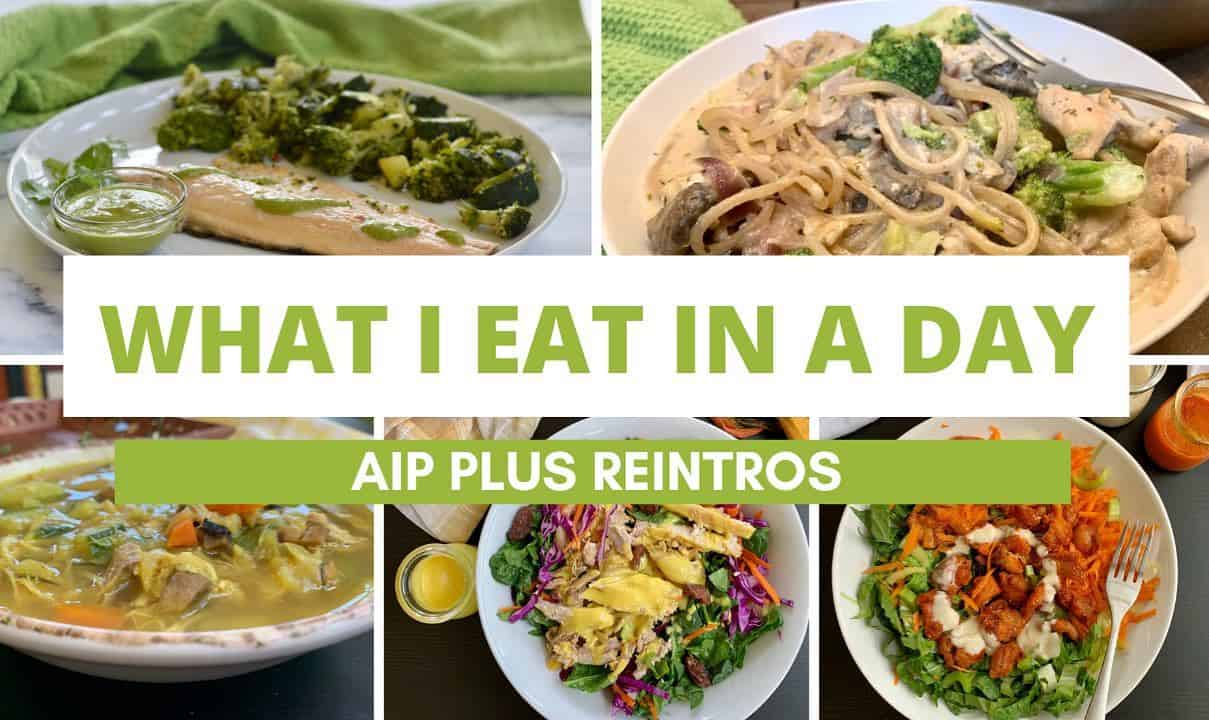 cook2nourish
•
Follow
I am back with my videos guys! Just posted this video showing what I eat in a day now. My current meals include some reintros that I have been able to add over the years. I wanted to post this video since some of you had asked if I am still 100% AIP. AIP is an elimination diet and is not meant to be done for ever. Non AIP food reintros are encouraged when you begin to feel better and see improvements in your physical symptoms. However the reintroduction process needs to be done slowly and carefully. You can get more info regarding how to do AIP reintroductions on the Autoimmune wellness website as well as The Paleo Mom website. Click link in bio to get to my video! #aipdiet #aipreintros #rheumatoidarthritis #whattoeatonaip #aipmeals #autoimmuneprotocol #autoimmunedisease #antiinflammatorydiet #cook2nourish
View on Instagram |
3/6 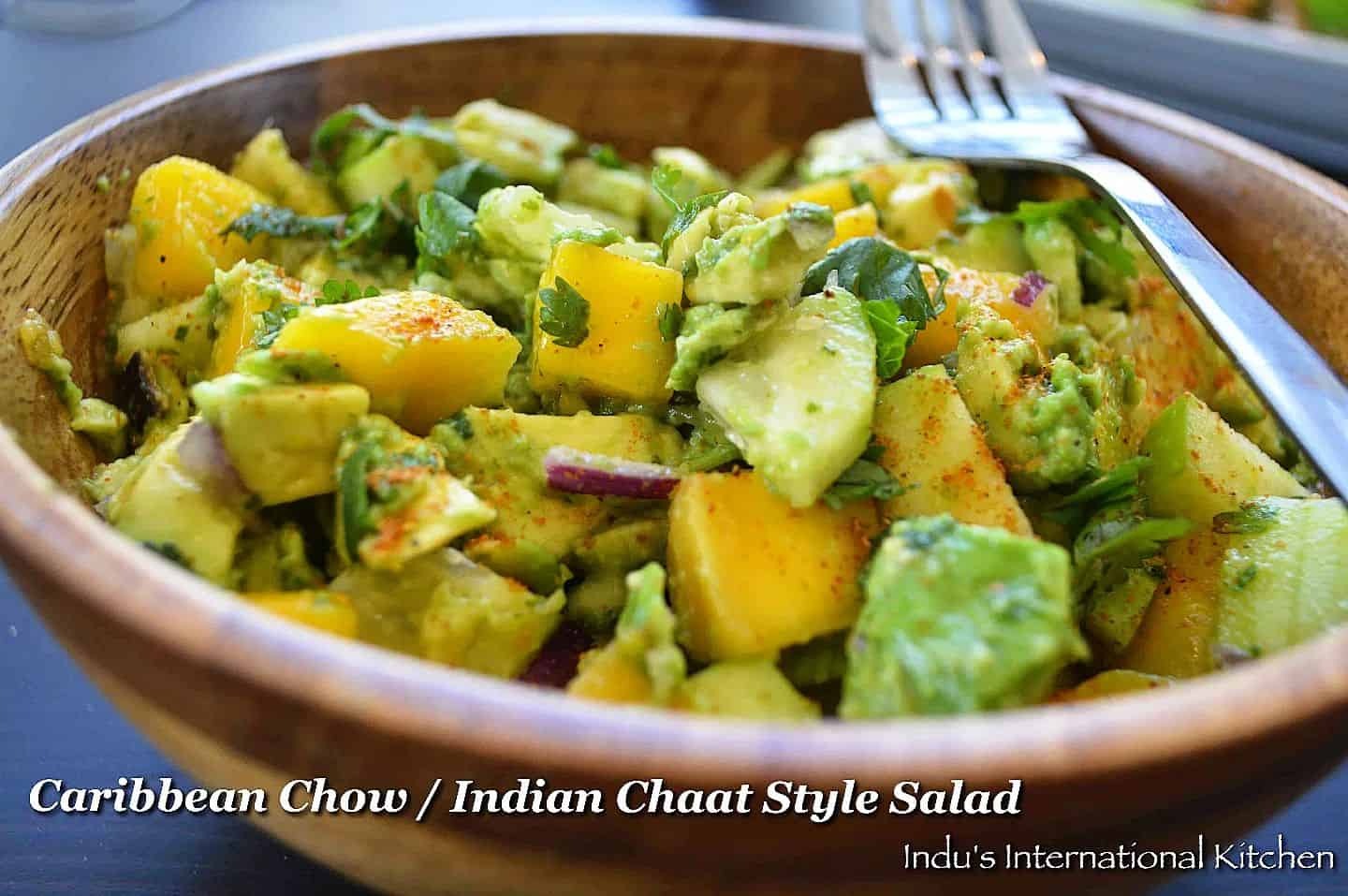 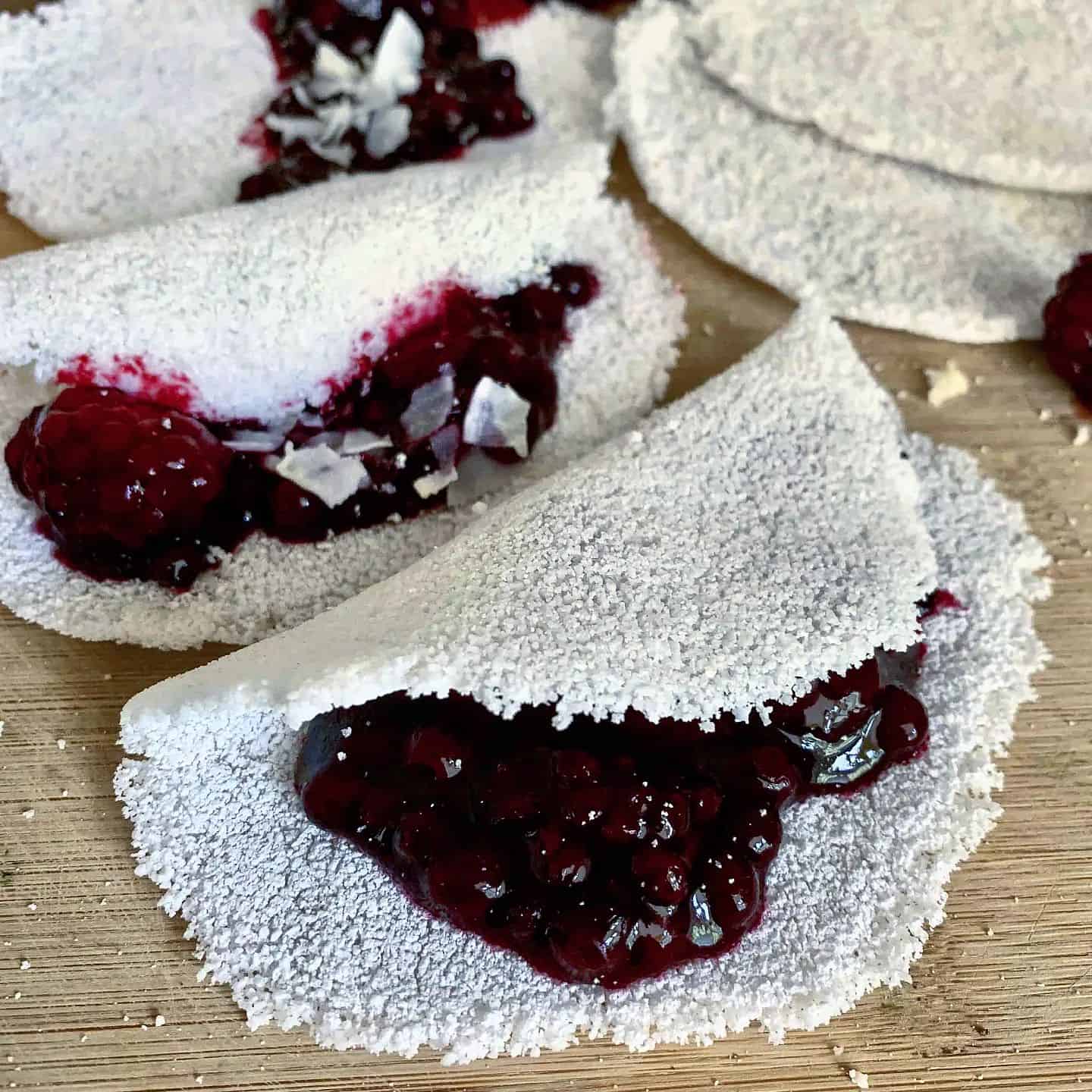 cook2nourish
•
Follow
BRAZILIAN TAPIOCA CREPES I first came to know of these Brazilian crepes from my friend Monica who told me that these were grain free! I was super excited and wanted to try to make them. I had to 'learn' how to make these since they can be tricky. However, once I perfected the recipe, it has been easy to make them and I also did a video tutorial showing you how to make them! These are great as a crepe option and you can stuff them with either sweet or savory fillings! Be sure to check out my tutorial video first before trying the recipe! https://cook2nourish.com/2019/04/brazilian-tapioca-crepes-paleo-aip-vegan.html #autoimmunedisease #aip #autoimmuneprotocol #cook2nourish #dairyfree #aiprecipes #aipdiet #rheumatoidarthritis #glutenfree #nutfree #immunebooster #AIPfollow #autoimmuneawareness #dietistanutricionista #fitlife #recipe #crepes #tapiocacrepe #braziliantapioca #crepelife
View on Instagram |
5/6 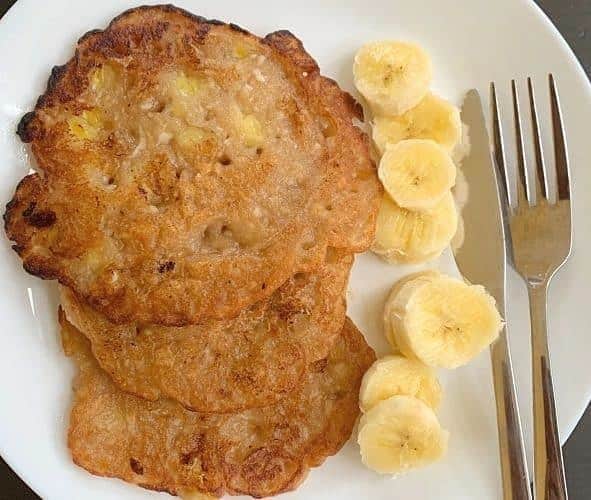 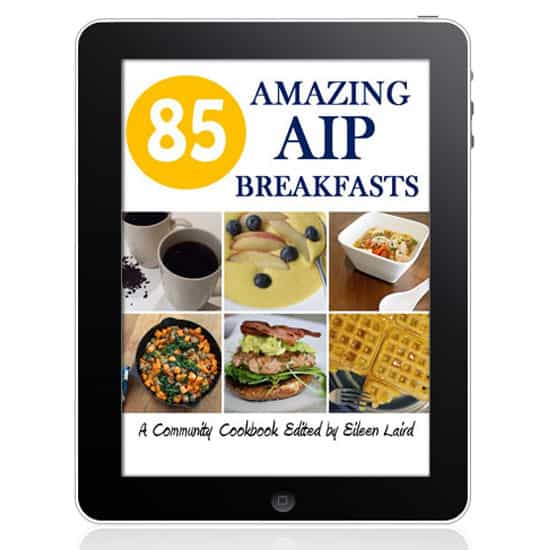